You are at:Home»Article»So hot right now for all the wrong reasons: Why the fashion industry needs to act on climate change

Those are the words of Dr Martin Rice, the Head of Research for Climate Council. He’s speaking to a room full of sustainable fashion enthusiasts and activists at the inaugural Legacy Responsible Fashion Summit in Sydney.

What he’s saying is not exactly news to us, but still, you can feel a sense of urgency descend upon the room and people straighten in their chairs.

We’ve just heard about the first-hand experience he and Kit Willow (founder of luxury fashion brand KITX) had witnessing the effects of climate change on Australia’s Great Barrier Reef.

Each year, the Climate Council takes a group of key influencers to Heron Island in Queensland to show the evidence of the effect of rising temperatures to the reef. In this case, coral bleaching and loss of species.

Willow tells the room she’s well aware of the fashion industry’s impact on the planet, but the trip helped her put it into perspective.

Something she says she was unable to unsee.

“At this point you either take the illusion pill and bury your head in the sand, pretending there’s nothing wrong, or you swallow the reality pill and take responsibility for the impact you’re having on the planet,” she tells the room. Tears well in her eyes as the words leave her mouth. 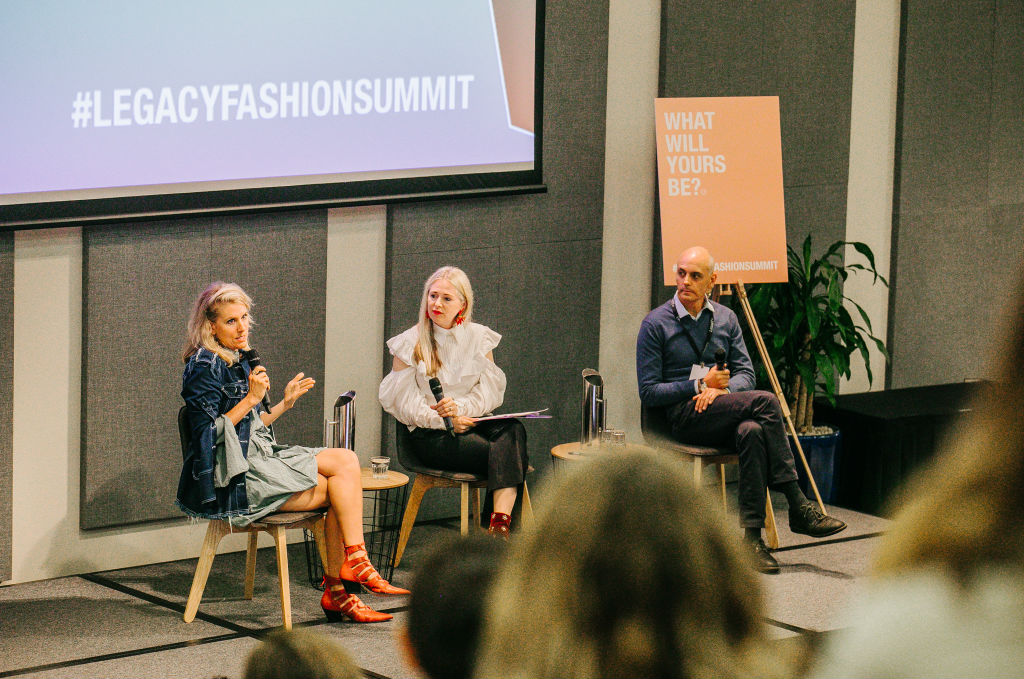 She’s opted for the latter, she says, and is doing all she can to reduce the environmental footprint of KITX. This starts in the material sourcing and design stage and influences everything from fabric choices to where the clothes are made.

The choice of fabric is an interesting matter, because it’s not the first thing that comes to mind when you think about carbon emissions in the fashion industry. You think factories, energy, transport and landfill.

But one of the most common fibres in the fashion industry, polyester, is a huge planet polluter in both the creation stage and end of life.

Around 70 million barrels of oil are used each year to make polyester (with other hazardous chemicals), releasing nitrogen oxide as it’s produced – a powerful greenhouse gas that’s about 300 times more toxic than general carbon emissions.

Transport is also a big factor when it comes to the industry’s impact. It may come as a surprise that most of the clothing in your wardrobe would have travelled through up to 10 different countries before it gets to you. From the cotton farm to processing to being made into fabrics to sewing to packaging and, of course, delivery to the consumer.

The environmental impact of delivery alone has prompted fashion movement Fashion Revolution to run an awareness campaign, Highway Fitting, in an effort to bring shoppers’ attention to the impacts of online shopping. 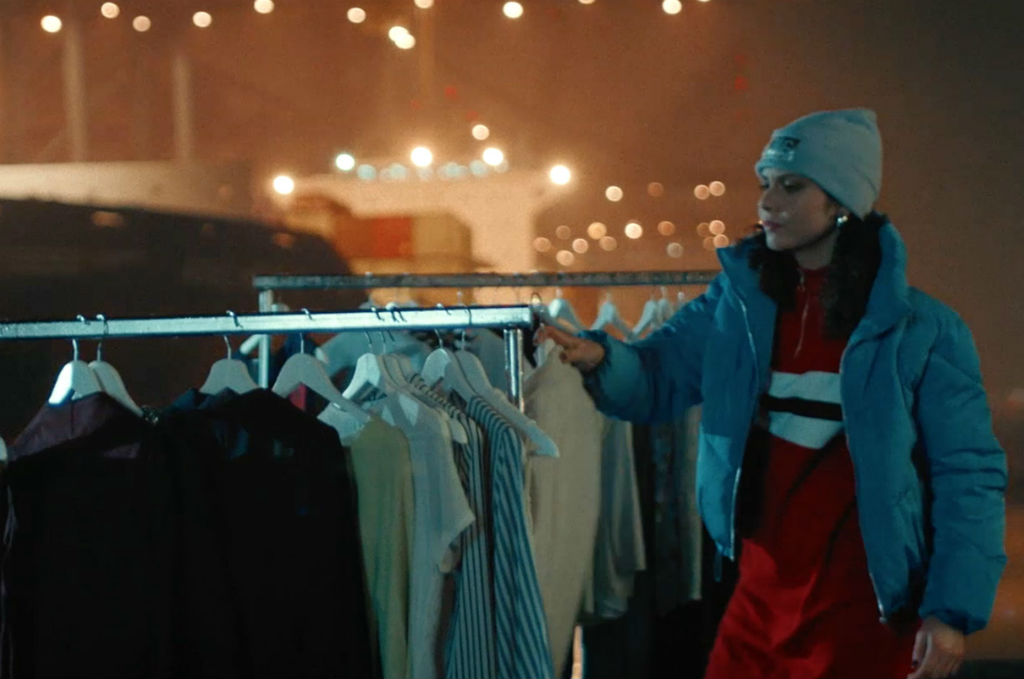 The short film says a staggering 40% of all clothes bought online are sent back – the effects of which are felt in transport emissions but also felt by the retailers who are often left with damaged or unsaleable goods that end up in landfill.

Add these effects to factory and office energy use and textile waste sent to landfill (China alone throws away 26 million tonnes of textile waste every year) and you’ve got an extremely wasteful and polluting industry that is only growing.

All in all the fashion industry accounts for about 5% of total global carbon emissions, more than aviation and maritime combined.

The latest IPCC report warns that we’re way off meeting the Paris Agreement term, which aims to “to keep a global temperature rise this century well below 2°C and to pursue efforts to limit the temperature increase even further to 1.5°C.”

This can be done by becoming a carbon neutral economy by 2050 – a formidable challenge but it is possible.

At current, existing pledges to cut emissions have us headed to 3°C of warming by 2100, which would have catastrophic outcomes.

Fashion, contributing its 5%, has a big role to play in this.

According to McKinsey & Co and Business of Fashion’s The State of Fashion 2019 report, greater sustainability and transparency is fourth on fashion businesses’ list of challenges.

Addressing this involves brands getting to know their supply chain intimately so they can reduce or eliminate the number of finite resources they bring into production, avoid moving fabrics and stock around the world unnecessarily, reduce waste throughout the supply chain, use renewable energy, and design products to last or for them to be disassembled and made into new clothes at the end of their life.

Brands like KITX are responding to the challenge, putting sustainable operations at the centre of their businesses. But they can only succeed with our support.

Shoppers can use their dollars as votes. These votes can determine which brands thrive and which brands feel the pressure to make changes.

And if brands don’t make a commitment to reduce or offset their environmental impact, we need to demand that they do. Our planet depends on it.