Theo the Label: Friendly fabrics with function at their core 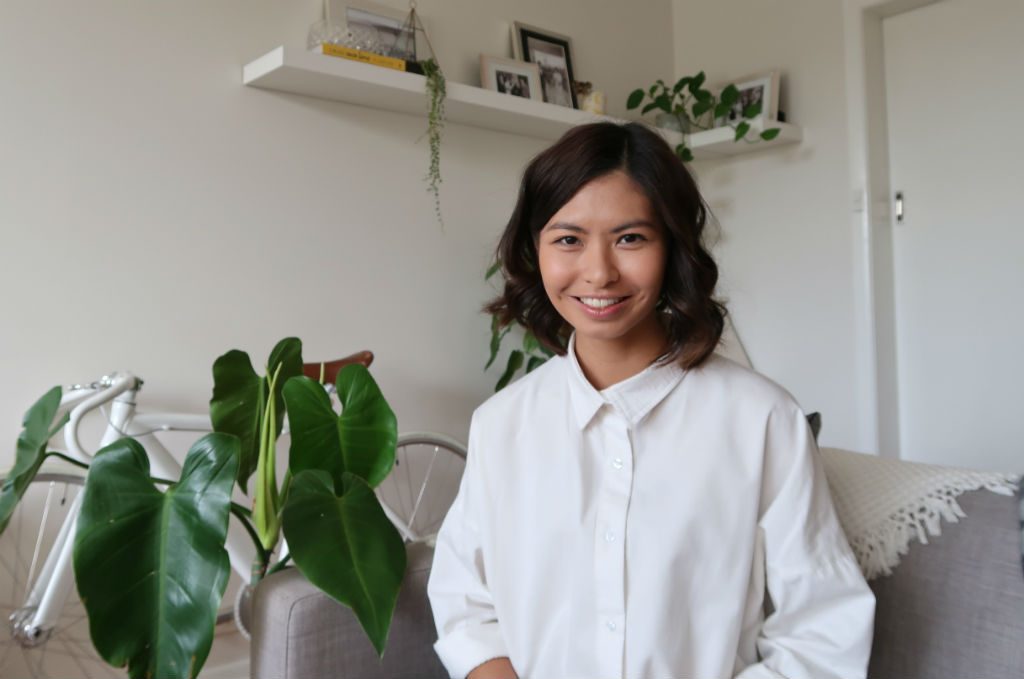 When Esther Kirwin decided to start a clothing label with her friend in 2014, she was designing for herself. She didn’t want a heap of polyester pieces of poor quality. Instead, she longed for a wardrobe of comfortable casual-wear that didn’t damage the earth. With the help of the crowd funding platform Pozible, they started the label that would become Theo.

The pair launched their crowd funding campaign under the brand name of Jacob & Esau Clothing, with the radical plan to create ethically made goods with natural fabrics.

“The inspiration was simply to fulfil my own need: a) to buy ethically produced clothing (that didn’t cost a bomb), and b) know that the person making it was being treated with respect and given opportunities to really thrive instead of just survive,” Esther says.

It’s this concept that drove Esther to work face-to-face with makers in their homes instead of contracting factories, saying it allows her to develop a much deeper relationship with them outside of their working life, understanding their home life and their needs on a personal level.

The label was growing, and in 2016, Esther’s friend headed off to pursue her career in law.  Esther stayed, and decided to rebrand to Theo the Label.

Esther now works with three families of makers and a family-run knitting house in Bali to produce the Theo collections.

The first family she contracted are still her primary makers today – a husband and wife named Kholil and Wiwik.

“Around the same time I was searching for makers in 2014, Kholil was looking to start his own business. His inspiration was to provide a better future for his son, Dafar, who was one-year-old at the time,” Esther says.

“Four years of incremental growth has allowed Kholil’s brother Riyadi to be involved in the business, as well as Wiwik’s sister Ghandi. Up until this year I had never met or seen Ghandi around their house (despite visiting a few times every year) because the factory she worked for required her to live away from them.

“Now, being involved in the family business has allowed her to work from home, be close to her family and help Wiwik care for the children too. She also said pretty plainly that it was super boring working at the other factory.

“These are just some of the stories Theo has been involved in, and it’s exciting to think our clothing directly impacts our makers lives and their future for the better.”

When it comes to the fabrics they use, Esther is a self-confessed fabric snob, saying that she can’t stand the feel of synthetic fibres.

“The actual drape of synthetic fibres and also how they feel on the body is so nasty, not to mention the fact they are literally threads of plastic that eventually make their way into waterways and landfill,” she says.

“The most common feedback I get in the pop-up shop is that our clothing feels amazing and that it washes really well.

“There’s no point creating beautiful garments that warp, fade or pill, so selecting good quality fabrications is paramount to my design process.” 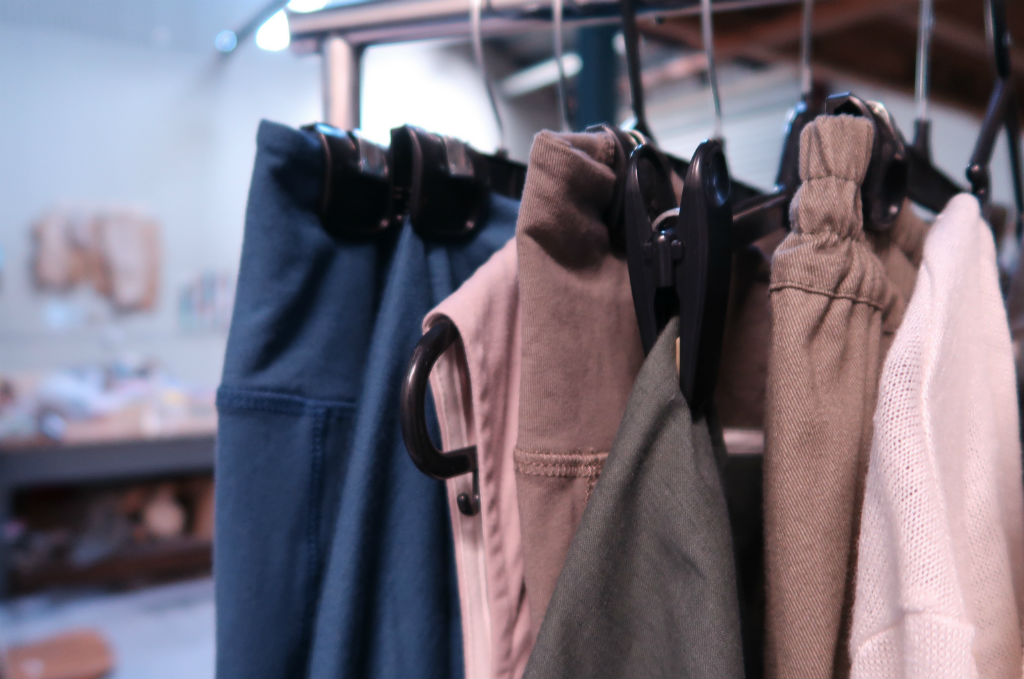 Esther hopes to use more GOTS certified organic cotton as it becomes available, as well as raw linens, bamboo and Tencel – all fibres that are decreasing water usage and increasing circular waste systems.

When she wants something a bit different she often sources dead stock rolls (unwanted or excess fabric produced by other fashion houses – salvaged from landfill) from small market stalls in Denpasar.

Across the supply chain and production the brand makes efforts to reduce waste, but Esther says the main waste they create is in the cutting process, which leaves fabric scraps that are too small to be made into new garments.

“We collect them all and donate them to a development centre called Bali Life,” she says.

“They run programs to teach disadvantaged women to sew, make jewellery and other handicrafts while their children are cared for, so it’s a pretty incredible program!

“We also hold onto any leftover fabrics and then use them to create new styles or reorder small quantities in order to use them up. This is an advantage of working in such small quantities and with a very manual production process. Large factories rely on economy of scale, assembly lines and large machinery, so they are not in a position to be flexible with quantities.”

Because the Theo fabrics are all natural fibres, they will soon have the option to compost their small fabric scraps. Esther says they’re not quite there yet (technology wise), but it will soon be a feasible option.

Speaking on the style of the label, Esther says Theo is a collection of “oversized and boxy cuts in very neutral, block colour ways that unconsciously reflect a minimal, Japanese influence.”

She says the people who wear Theo are either responsible consumers who are well educated in the sustainability space, or have an appreciation and understanding of the benefits of natural fibres, quality craftsmanship and longevity.

If this sounds like you, you can find out more about Theo the Label here.