How Sustainable is Carpet? 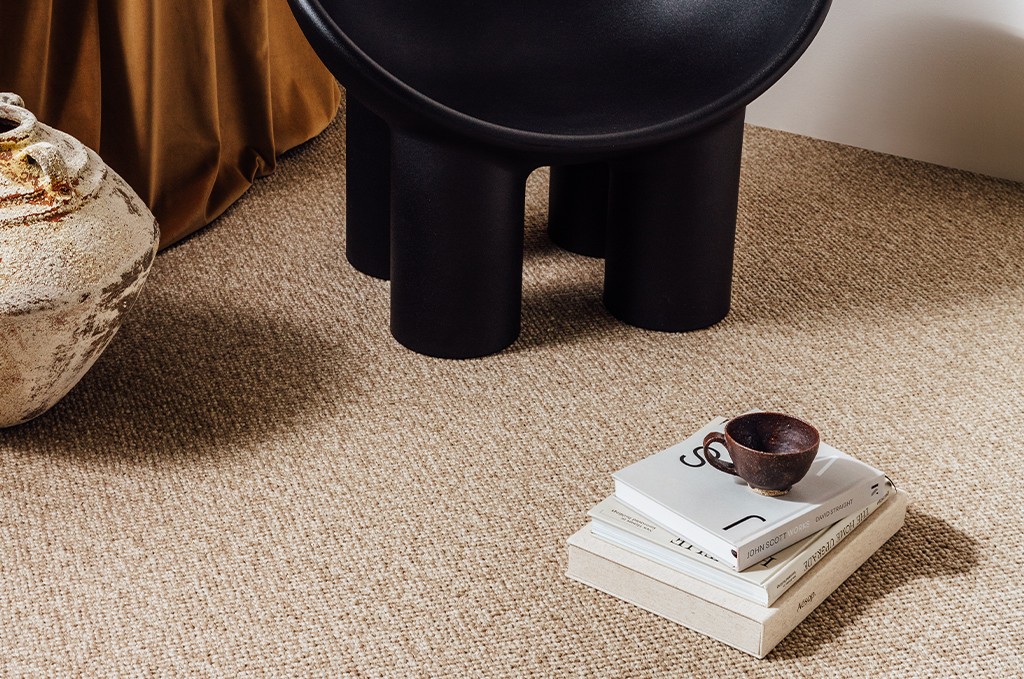 Everyone loves the soft, soothing feeling of a great carpet underfoot – but at what cost? Here’s what you need to know next time you’re on the hunt for a quality floor covering.

For something that we spend so much of our lives walking around on, most of us don’t give much thought to carpet – where it comes from, what it’s made of and where it’s going. But like virtually any product, carpets can have a range of environmental impacts, and it’s important to be aware of them.

The first thing to understand is that all carpet fibres can be classified into one of two categories – synthetic fibres and natural fibres.

Is synthetic a sin?

Synthetic carpet makes up the vast majority of the carpet market. Synthetic materials are, of course, those not found in nature – they’re machine-made from a variety of chemical compounds.

Synthetic carpet fibres include nylon, polyester, polypropylene and the newest material on the block, triexta. As a general rule, if the material is hard to pronounce, it’s probably plastic – or in other words, if it’s an unnatural word, it’s an unnatural fibre.

Synthetic carpets tend to cost less than natural carpets, and they can be cleaned with off-the-shelf products. But while they might be budget-friendly in the short run, their production is harmful to the environment, as they’re made from non-renewable petrochemical raw materials.

Synthetic fibre production is energy-intensive and can contribute to air pollution via the release of sulphur or nitrogen oxides into the atmosphere, while chemical treatments are often applied to synthetic carpets to provide stain, flame, dust, mould and insect resistance.

That famous ‘new carpet’ smell is actually the result of volatile organic compounds (VOCs) being emitted – these VOCs can be found in synthetic fibres, as well as the carpet underlay.

Triexta, a synthetic fibre invented by Dupont in 2000, has been touted as the environmentally friendly synthetic alternative because up to 37 per cent of its fibre content is made with corn glucose, which is a renewable resource. While that’s certainly preferable to nylon, polyester and polypropylene, it’s still not exactly natural.

Durability is a concern, depending on which type of synthetic carpet you buy – nylon is the most durable, while polyester is generally cheaper but not as long-lasting. Triexta tends to fall between nylon and polyester, while polypropylene (also referred to as olefin) should only be used for low-traffic areas, or you’ll find yourself needing to replace it regularly.

These microplastics are in our homes, our workplaces, our rivers, our soils and our oceans. Early studies suggest that microplastics are a potential threat to human health, and that we’re each ingesting up to a credit card’s worth of the stuff each week.

On a positive note, synthetic carpets made from recycled materials are becoming increasingly popular. These are made not just from recycled carpets, but also from plastic bottles and even abandoned fishing nets. While it’s fantastic that these materials are being recycled, it’s important to remember that they still eventually lead to plastic waste, and are likely treated with the same chemicals as other synthetic products.

Unlike the petrochemical soup that produces synthetic fibres, natural fibres are curated from materials that grow, well, naturally in the world. There was a time when all carpets were made from natural fibres – synthetic fibres only started gaining traction in the 1950s, though they’ve eclipsed natural carpets in popularity since then.

Wool is by far the most common natural fibre in carpeting. Other natural fibres derived from plant sources – including seagrass, coconut husks and jute – can be used to make rugs, but most are too delicate or too rough to be spun into broadloom (wall-to-wall carpeting).

Unlike synthetic fibres, natural fibres are better at biodegrading, which means that they break down more easily. According to New Zealand carpet company Bremworth, if a wool carpet was buried with the right soil, moisture and temperature conditions, the fibre surface pile would typically disappear in approximately six months to a year.

Better yet, wool is also one of the few fibres that is frequently captured and recycled, further reducing its environmental impact.

Wool is a regenerative fibre, and most varieties of sheep need to be sheared anyway, but sheep farming still has an environmental impact. That impact varies greatly from country to country, depending on the climate and what else the farm is producing, but land and water use, methane pollution and soil degradation are all potential issues.

Perhaps most concerningly, few companies pay attention to the provenance of the wool used in their rugs. This means that the wool in your carpet may come from sheep who have been bred to have extra skin folds to produce more wool – these skin folds are prone to painful infections, which leads to farmers giving sheep vast amounts of antibiotics and cutting off large patches of their skin, a practice called mulesing.

That’s why manufacturers like Bremworth place a premium on provenance. All of Bremworth’s carpet and yarn manufacturing takes place in New Zealand, across each step of its carpet-making process – from the Elco Direct wool buying operation (across North Island) to the Wool Spinning Plant in Napier, the Wool Felting & Spinning Plant in Whanganui and the Carpet Tufting Plant in Auckland – giving the brand complete control of its supply chain.

Of course, the most sustainable carpet is no carpet, but wool carpets have certain advantages over hard flooring.

They help to create a quieter home by increasing the amount of sound absorption in a room and reducing reverberation, as well as dulling the impact of noises produced by footsteps, items dropped on the floor and chair legs scraping.

Wool carpets are also hypoallergenic, meaning they’re unlikely to cause an allergic reaction. The German Asthma and Allergy Foundation found carpeted rooms contained less than half the amount of fine particle dust than rooms with hard flooring.

Similarly, wool absorbs moisture to prevent the growth of mould, bacteria and unpleasant odours, and because of its high protein content, wool is naturally flame retardant – while it can certainly catch fire, it’s hard to ignite, slow to burn and self-extinguishing, limiting the spread of the flame.

Wool also has strong insulative properties. Individual wool fibres tend to catch and retain air, helping to keep your home cool in summer and warm in winter. This thermal comfort can translate into energy savings – according to AgResearch in New Zealand, wool carpets can save you between 8 to 13 per cent on heating and cooling costs. And of course, the less energy being expended on heating and cooling, the better the result for the environment.

Ultimately, every material makes an impact – but if you do choose to carpet your space, it’s clear that natural fibres are more sustainable than their synthetic counterparts.

This article was produced in partnership with Bremworth. 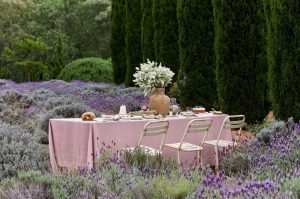 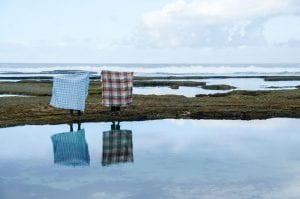 Woven from waste: How Geelong Weaving Mills is turning trash into treasure

To keep yourself warm this winter, curl up with a cosy blanket just like the one your grandma used to have. Geelong Textiles Australia, who 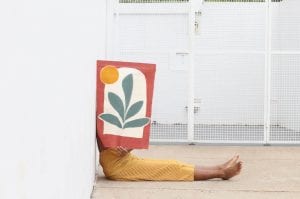 Sydney’s Nua Collective is as much a social project as it is a fashion and homewares brand.  In the summer of 2019, Nicole Phillips was