Autark: Well made, wearable pieces with a difference

Woven from waste: How Geelong Weaving Mills is turning trash into treasure

8 Online Platforms To Rent Or Borrow Clothes In Australia

A lifetime of fashion admiration and a feeling of now or never was the driving force for Adelaide designer Sophia McMahon to start her slow fashion label, Autark.

The Speech Pathologist turned fashion designer did what most young adults are expected to do. She went to university, got a degree, and started her career in a safe and stable environment.

But for Sophia, fashion was always lingering in the back of her mind, and it’s been that way for a long time. Her earliest memories of fashion are as young girl, designing clothes for her Barbie dolls.

“I used to design clothes for my Barbies and then get my nana to sew them up for me,” Sophia says.

“My nana was a great sewer, so I learnt a lot from her. She also passed down a lot of fabrics and bit and bobs that got me interested in making my own clothes.”

After a few years working as a Speech Pathologist, she decided the time was never going to be better to make a career change into fashion.

“I didn’t really have any huge commitments in my life so I figured if I was ever going to get into fashion, now was the time,” Sophia says.

“I went and studied fashion to learn a bit about the whole industry, because I wasn’t really sure what part of the industry I wanted to get into.

“The more I learnt about how the industry works and the impact it had pushed me towards creating something local and as ethically made as possible. That’s when I decided I wanted to be a designer.”

Enter Autark, Sophia’s label with the mission to create clothing that is wearable at its core but designed with a difference. 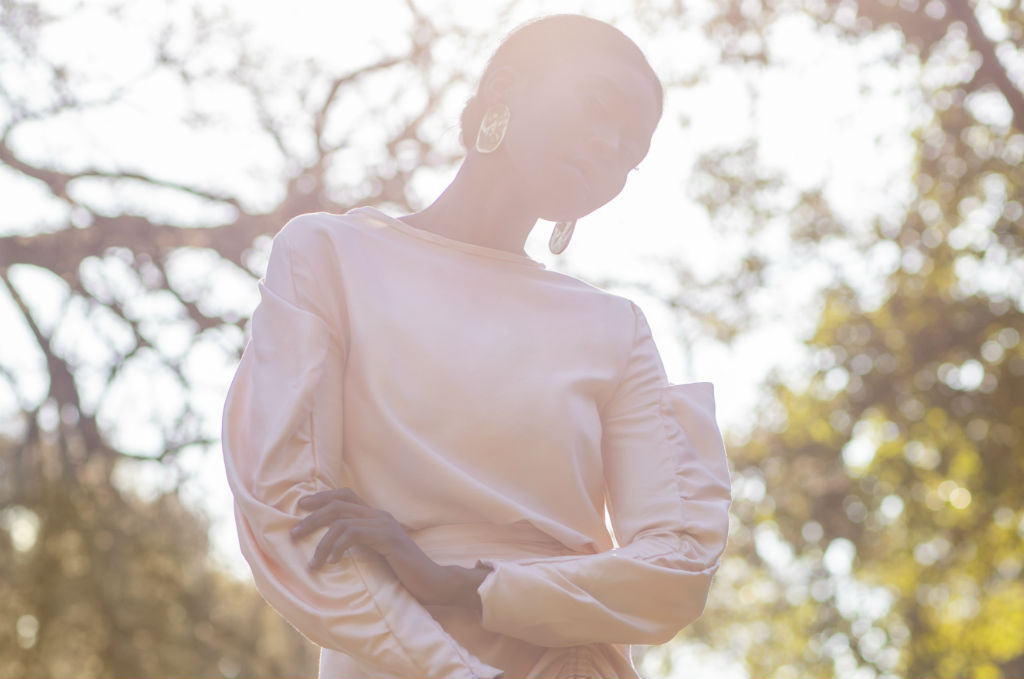 The collections so far (there’s only one each year to stick with Sophia’s slow fashion values) are a range of pretty pieces with intricate details, pleats and unique finishings. It’s a label for people who care about the environment and where their clothes come from.

For the fabrics, Sophia opts for a mixture of deadstock silk, silk-linen blends and linen-cotton blends.

She mentions that there’s no one fabric that is the ‘best option’ for the environment, as the natural resources that go into the production of natural fabrics are more than the synthetic alternatives. However natural fibres break down easily at the end of their life, while synthetics produce micro fabrics throughout their lifetime and take a long time to break down in landfill.

The Autark range is made in Adelaide, South Australia, a place where fashion manufacturing is all but non-existent.

“Like most parts of Australia, manufacturing fashion is a dying capability here. I really wanted to help sustain the skills that great tailors in Adelaide have, so it made sense to manufacture here,” Sophia says.

“I also like having production close-by so I can keep an eye on the detail and quality of the products and that the conditions that everyone’s working in is responsibly maintained. Having this offshore or in another city would feel really disjointed for my business model.”

To reduce waste, Autark passes on its fabric scraps to local fashion education institutes to use in their various projects.

There’s also some businesses that are creating new products out of different fashion brands’ waste. Sophia shares the story of a business that is creating blankets out of brands’ offcuts and another that’s creating baseball caps – both utilising 100% deadstock or fabric scraps from other brands. She hopes to collaborate with them in future.

Autark recently released its third collection. You can check it out here.