Meet the Sydney brand putting a lens on plastic bottles 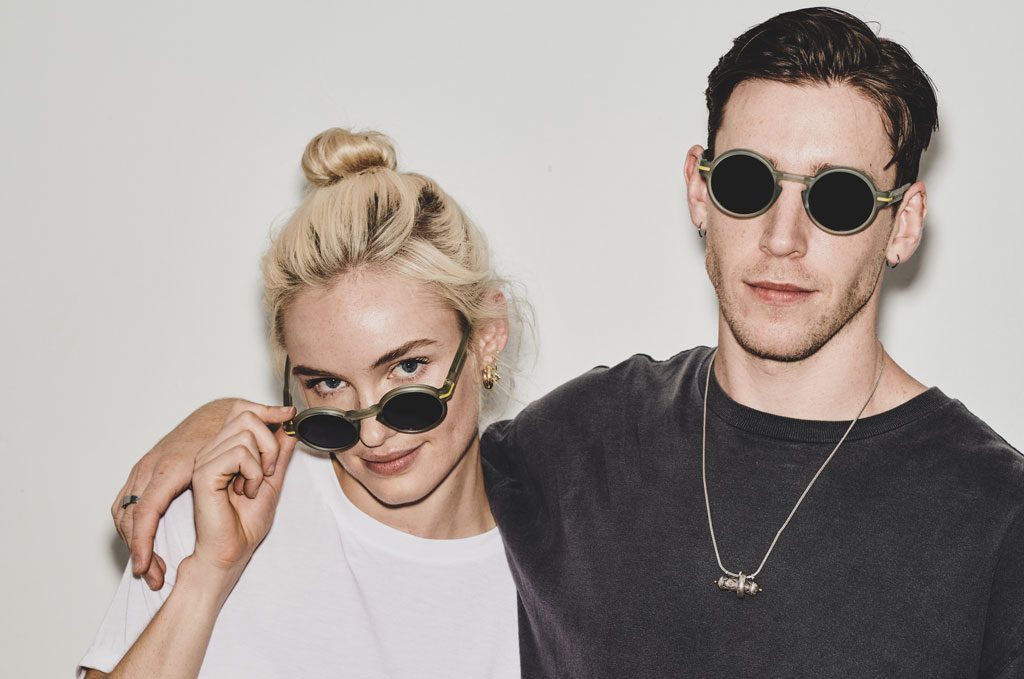 Nik Robinson and his sons-turned-cofounders Harry, 9, and Archie, 8, never set out to create a sustainable sunglasses company, but instead were on a mission to ‘untrash our planet’. This unifying yet simple purpose is what the family-led team filters through every decision they make – and it’s what has guided them on the path to Good Citizens.

It’s an idea that’s gaining traction and in the six months since launching, the brand has secured a window at Selfridges in London, two Good Design Awards and The Design Files Sustainable Initiative Award for 2020.

Britt’s List readers can get $10 off their first pair of Good Citizens sunnies with code BRITTSLIST at checkout. Shop here.

“Two and a half years ago my sons Harry and Archie were learning about the environment and climate change at school and were coming home very concerned. Harry in particular was upset about the massive pile of plastic waste building up around the world and kept saying the world is ‘going to break’,” Nik says.

“As a family we would often talk about the issue and wondered what we could do to help. Plastic bottles are an incredible menace when discarded thoughtlessly, over 1 million bottles are sold worldwide every minute and only 7-12% are recycled; often the rest end up in landfill and the ocean.

“The boys getting upset was the catalyst I needed to see if I could actually do something.”

Nik then spent every day for four months researching PET, the plastic used for bottles, and what else it could be used for.

“Recycled PET is mostly used for packaging but very few people have tried to use it for consumer products, which don’t require washing. Products like clothes made from recycled plastic release microfibres into the water and we wanted to avoid that,” he says.

“So we took a 600ml PET bottle and studied it, weighed it and explored products we thought could be made from that bottle. 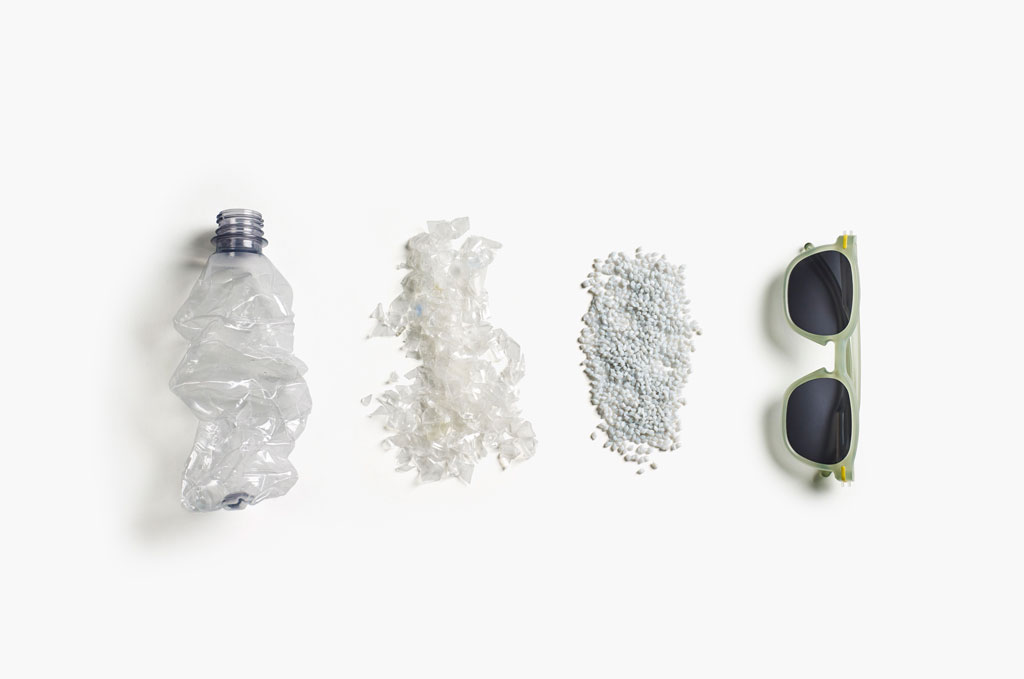 After 752 days and over 2,500 failed attempts, in April 2020 the team successfully turned a bottle into sunnies.

The sunglasses are made by the Good Citizens team in Sydney as an aim to further reduce the company’s environmental footprint. A visible supply chain was important to the team and, as such, keeping it local was a must.

“By making the frames (a front, two arms and two hinges) from the same 100% recycled PET, we created sunglasses that are also 100% recyclable. Our lenses are not recycled as the technology is not there yet and we don’t want to mess with people’s eyes until it is. So instead we’ve sourced really good UV400 CAT3 AU/NZ/EU approved polarised lenses,” Nik says.

“We chose bottles because that was the issue we wanted to tackle. It’s not just about turning the plastic into something that’s not single-use, it’s about raising awareness of the issue and getting people to think twice before they buy a plastic bottle in the first place.

“One of the beauties of our production is that we use injection moulding, which keeps the waste minimal. We designed the process for absolute minimal wastage. For example, instead of making one plastic hinge at a time, we make eight. In addition, we keep every bit we trim off so we can put it back into the system. Harry wants to turn these little bits into a keyring that comes with each pair of glasses, so we’ll make that happen soon.” 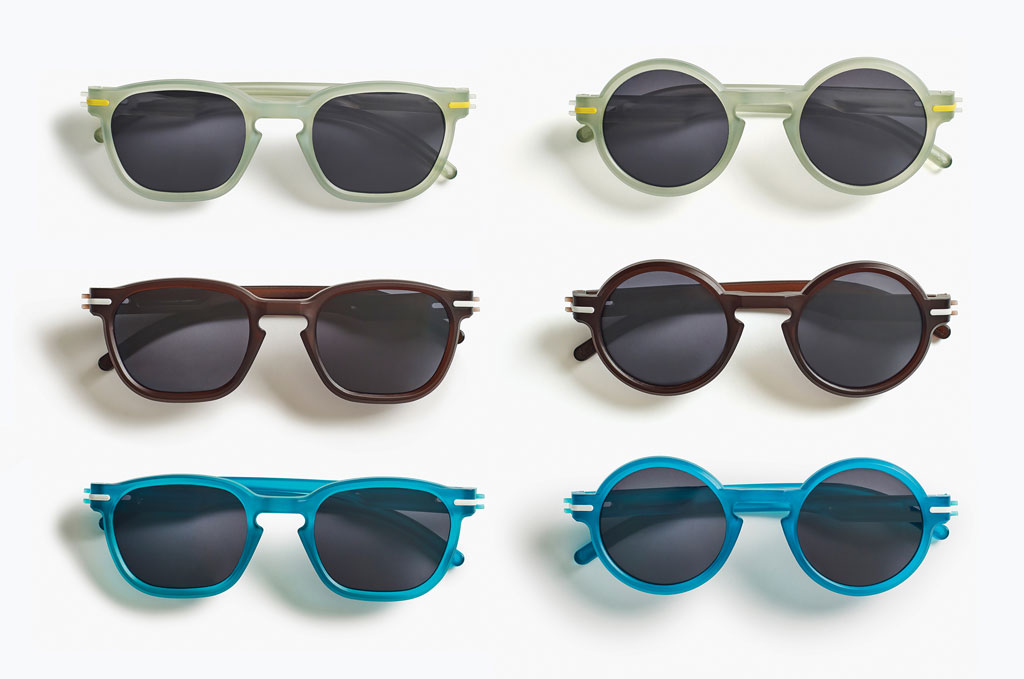 “The first is driven by a desire to buy better products that are gentler on the environment. Being recycled is important to them and they also like the fact that you can fix a broken part easily to extend the life of the glasses,” he says.

“The other is design and fashion driven. They love the redesigned hinges and that they are also made of recycled plastic; they love the fact the glasses are modular so they can mix the parts up to suit their style and mood.

“We purposefully chose two classic shapes that have stood the test of time.”

In all stages of Good Citizens, the team asks themselves, “Will this action untrash the planet quicker?”. If so, it’s usually a yes to go ahead.

“Harry has a vision that one day we won’t be in business because there won’t be any more single-use plastic to recycle,” Nik says. 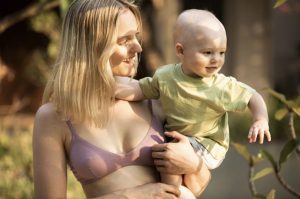 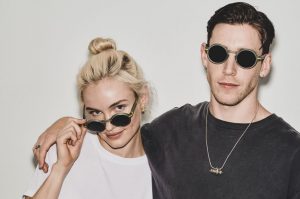 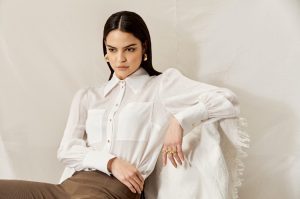