You are at:Home»Review»Intimates»Nisa: Not so basic cotton underwear

Nisa founder Elisha Watson is obsessed with details. You’d expect nothing less from a former lawyer.

That obsession helped her build Nisa, a sustainable fashion business and social enterprise that employs women from refugee backgrounds.

The Wellington-based label makes eco-friendly undergarments, socks and swimwear that are good for both people and the planet.

Quitting the law and starting a fashion business was not in the original plan, but while volunteering with the Red Cross Elisha saw a need to create jobs.

“I was working to help settle in a few families that had recently arrived,” she says.

“Social enterprise was a bit of a buzzword. I thought, why don’t I combine all those things together?

“The idea was that if people liked what we were trying to achieve and our mission, most people would be able to get behind the product.”

The team produces all its undergarments, socks and swimwear in an open studio and shop in downtown Wellington where women can learn English and support their families while building self-esteem and a new career. 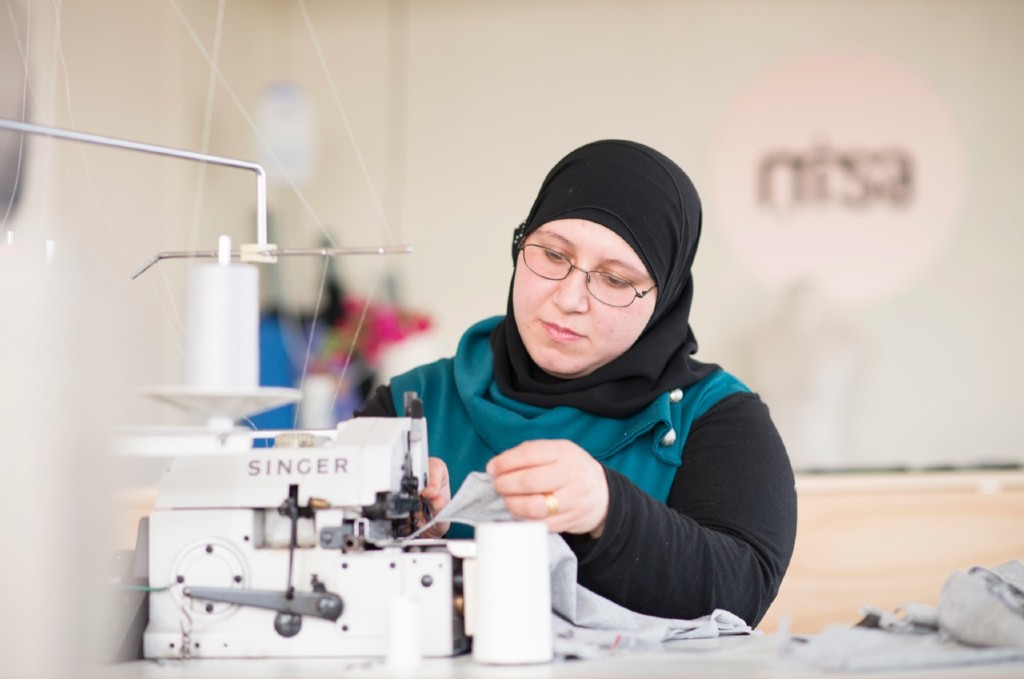 Elisha initially grappled with the idea of creating a consumer brand “churning out more stuff”. She wanted to create something people actually needed and anyone could buy.

“I love second-hand clothing and I didn’t really want to add more clothes into the world, but I would never personally buy second-hand underwear,” she says.

Underwear was the perfect solution. Everyone needs it, regardless of age, taste or style, the manufacturing process leaves little waste and the small size allows easy shipping.

“When we first started, we had a really small workshop,” Elisha says.

“And if we’d made anything bigger than underwear we would have really struggled to fit everyone in.”

Every Nisa item needs to go the distance for the brand to be truly sustainable and eco friendly.

Elisha spends months sourcing fabrics, designing pieces and testing new ranges for style and comfort before they are released.

More than 80 per cent of the fabrics come from a factory in Melbourne, including the GOTS-certified organic cotton and merino.

The grey marl is produced in a partnership with New Zealand brand Little Yellow Bird, which works with Fairtrade organic factories in India and won New Zealand’s highest sustainability accolade in 2019.

The swimwear range is made of econyl, a regenerated nylon fabric made in Italy from fishing nets and waste. 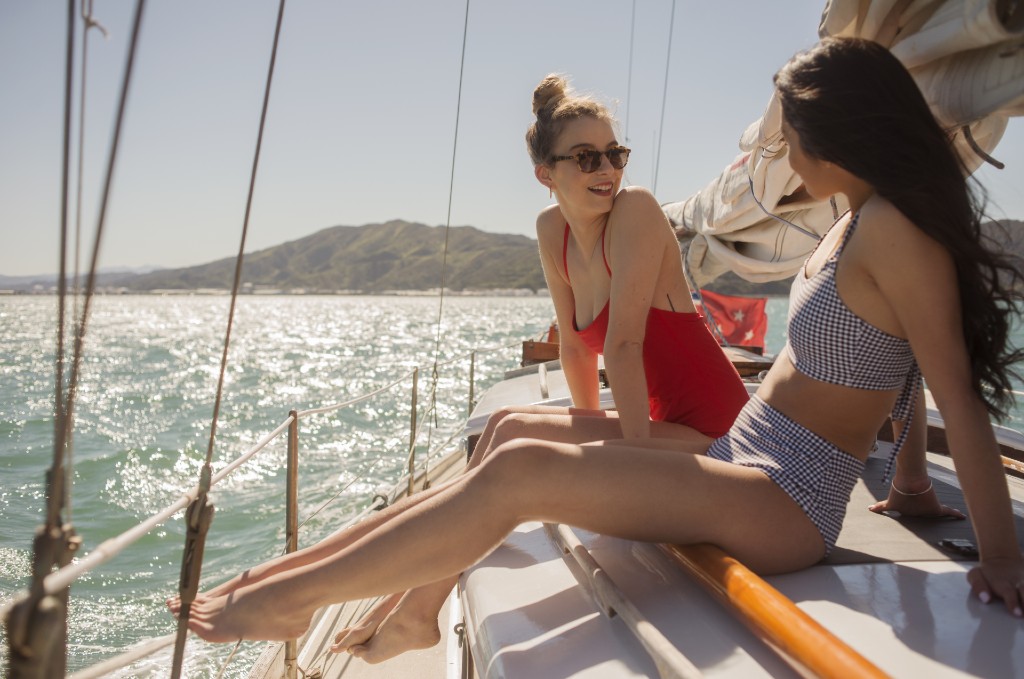 “In order to kind of grow we release new lines, maybe every year or so,” Elisha says.

“In the past we’ve ventured into swimwear, we’ve got a men’s range. Now we’ve got socks, sleepwear and a few different things.

“At the heart of it like we’ve never wanted to go too far from comfort and practicality.”

A luxe line of underwear with lace fabrics is next on the cards, with activewear hopefully still to come.

“I’ve spent the last year and a half looking for eco friendly activewear fabrics. That has been a huge challenge,” she says.

“They exist but we haven’t found any so far that have gone through our performance tests.

“Sure it looks nice but it has to last.” 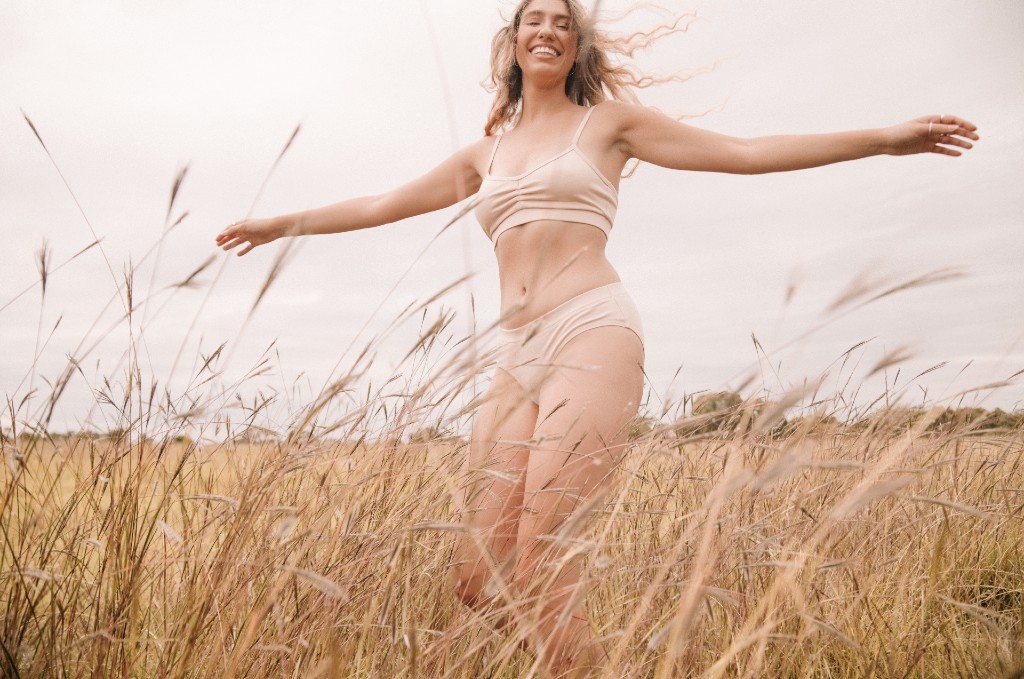 Nisa’s goal is to have a big impact on people and a small impact on the environment.

The brand works hard to turn all raw materials into something the customer wears while producing as little waste as possible.

This is why robots in Auckland cut all the fabric. The computer can tightly pack clothing pieces on the fabric like it’s a jigsaw puzzle before slicing the material with accuracy no human can match.

The focus on waste extends to the product line. After receiving a handful of requests from men looking for ways to support the mission, the brand launched a crowdfunding campaign to gauge whether there was real interest. It was a huge success and overshot the original goal.

When deciding on new products or redoing something like packaging, Nisa uses social media to start a conversation and gauge what people want.

“We’re trying to make things as democratic as possible because we just have no interest in making stuff that people don’t want to have,” she says.

Daniela Sunde-Brown is a freelance writer who has been sewing and thrift shopping since she can remember. Now she's passionate about telling the stories of artisans and makers.